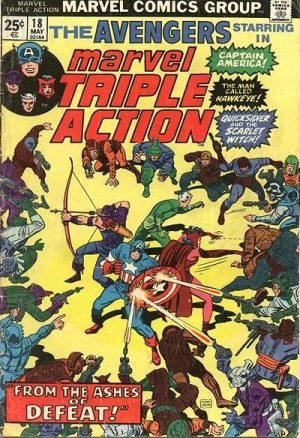 Marvel Triple Action  – From the Ashes of Defeat!

Marvel Triple Action  – From the Ashes of Defeat!

The Avengers ally themselves with Princess Ravonna to stave off the invasion of Kang the Conquerer. Although Kang is victorious, his troops rebel against him and he finds he must partner with those he has just defeated – the Avengers and Princess Ravonna.